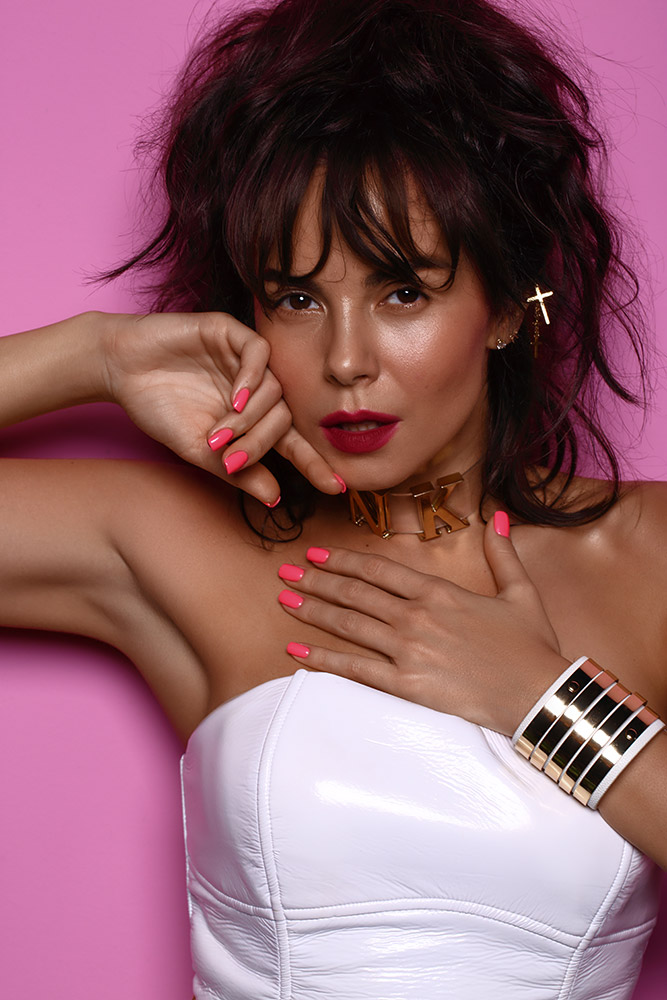 NK is a solo project of Nastya Kamenskykh, a new chapter in the singer’s creative work, a new image and role. NK is a key element of the unified philosophy of Nastya Kamenskykh, which has become synonymous with success, talent and motivation for numerous fans. The solo project of the singer fully reflects her views and principles: look ahead, keep up with modern trends, set pace, blast the dancefloors with crazy energy. The new image of Nastya is a cheerful, open, energetic and modern girl. She is a cosmopolitan girl. She was born in Ukraine, grew up in Italy, lived for a long time and performed in USA, visited almost the entire world on tours. In every country, in every mentality, Nastya found something interesting, absorbing it into herself. Having such a colossal creative and life experience, in 2017 she starts her own project - NK - music with no boundaries. After just a year in existence, the project to promote NK | Nastya Kamenskikh to an international/multinational audience has achieved amazing success - Nastya has become the first Ukrainian performer to make it onto the Billboard chart with her international hit, “Peligroso”. NK became the first singer from her country, Ukraine, to appear at the 19th Annual Latin American Grammy Awards and on top-rated Latin American TV shows such as ¡Despierta América!, Acceso Total, Titulares Y Más, Buenas Dias la Familia and many more. 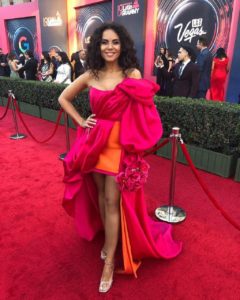 After the impact of her track “Peligroso” (After the furore of her track "Peligroso"), the singer was invited to Mexico to present her new song “Elefante” on the leading and most influential local TV and radio channels. The singer not only took her music overseas but also introduced (to an international/multinational audience) a piece of Ukrainian culture - a stylized “sopilka” that appears in the video for the song. The fame of “Elefante” soon spread to new horizons and reached the USA, Canada, Turkey, Spain and even India. Today, NK's tracks have appeared in music charts around the world, and the Nastya herself has featured on billboards in the very heart of New York; she has recorded tracks with world-famous stars, including Juan Magan, Jacob Forever, De La Ghetto, and performed on the same stage as popular Latin American performers such as Maluma. 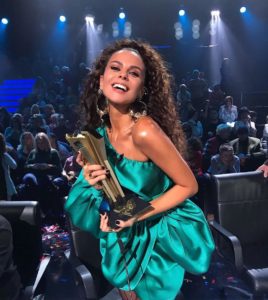 The path to NK solo career began in early childhood. Nastya devoted herself completely to art: engaged in playing piano, singing and dancing. At that time, she already understood that the key to success was to invest maximum efforts in the development of talent. For the first time the name of Nastya as a singer thundered at the festival "Black Sea Games" in 2004, where she received a grand prix and won all kinds of awards. After the successful debut, Nastya was heading to the first recognition on the international scene, namely in London, where she got the UBN Awards in the "Opening of the Year" nomination. 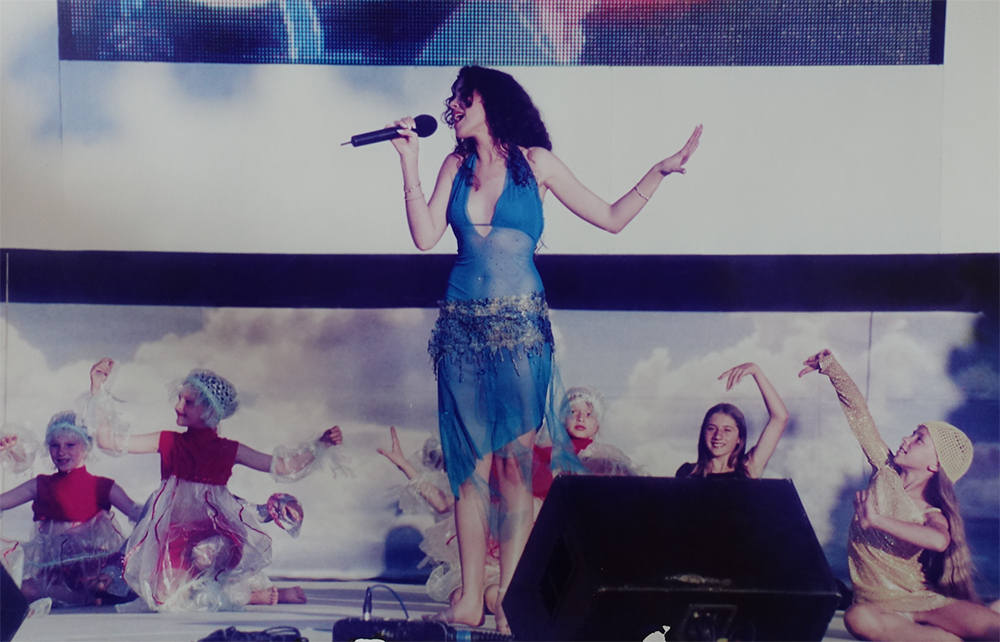 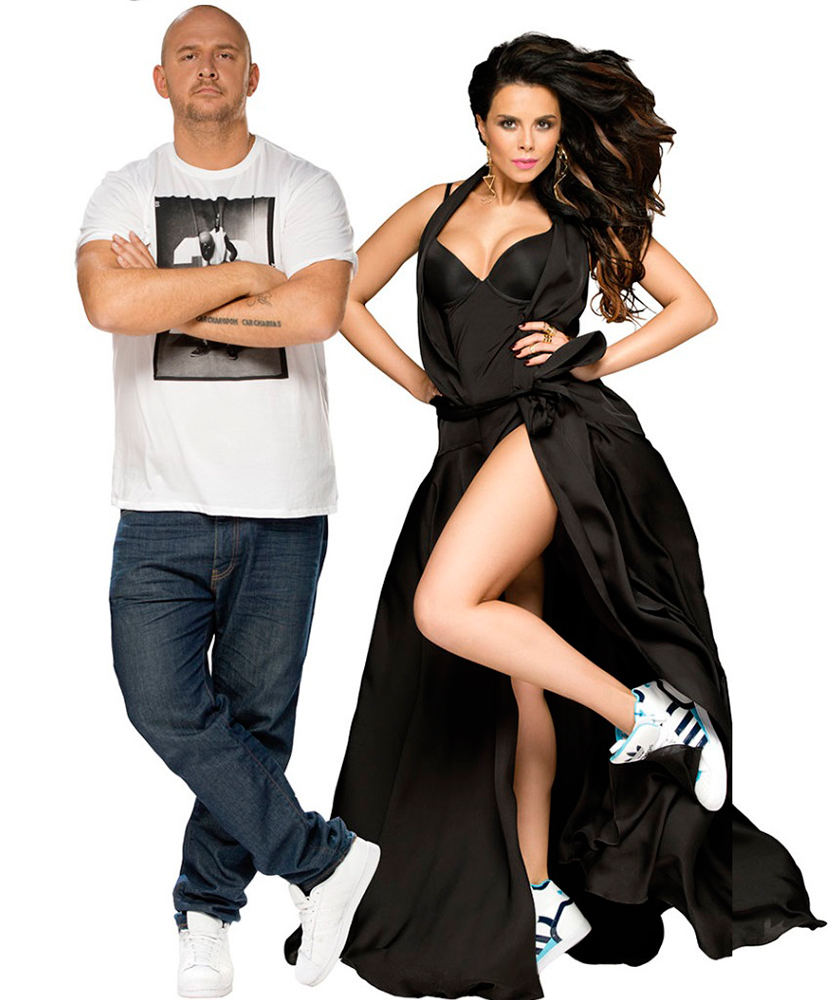 NASTYA Nostalgic For The Present Tour

The next success was Potap and Nastya duet with Oleksii Potapenko. The project became tremendously popular and gained recognition with lightning speed. The duet produced world-famous hits that have been the leaders of the musical charts for 11 years. The duet's stunning success is obvious: behind their back are 6 successful albums, 29 clips, many music awards, record visits to concert venues, including abroad, sold out shows on international tours. 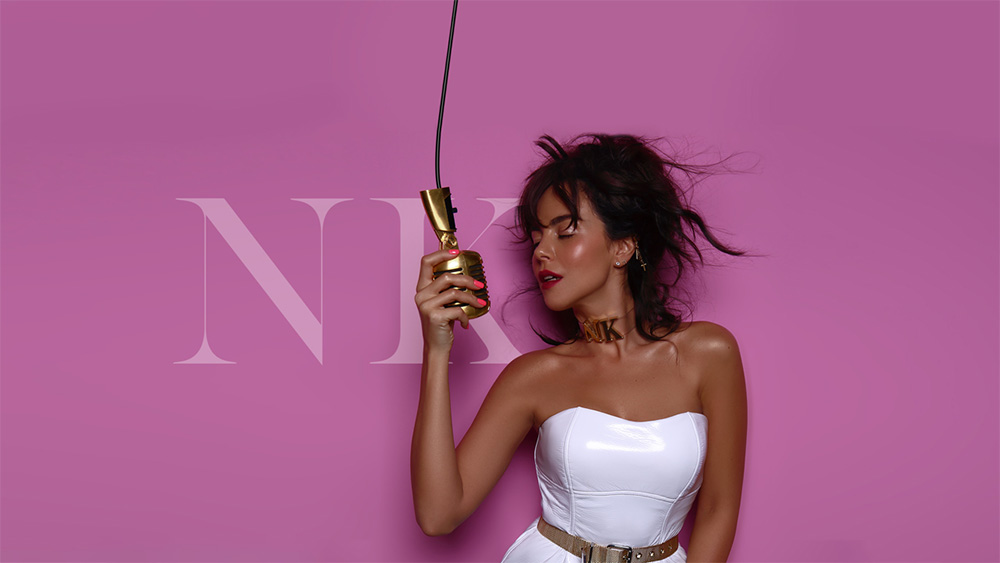 It seemed that by this moment Nastya had achieved everything: popularity and fame, love of admirers and beauty. However, Nastya is not used to rest on laurels, she always sets new goals and admires with different projects. The artist is confident that there is no limit to perfection, and self-improvement is an important element of success and positive metamorphoses. She is ready to improve further, improve herself and motivate her fans to follow her example - to conquer new peaks. This is how the philosophy of NK is born. 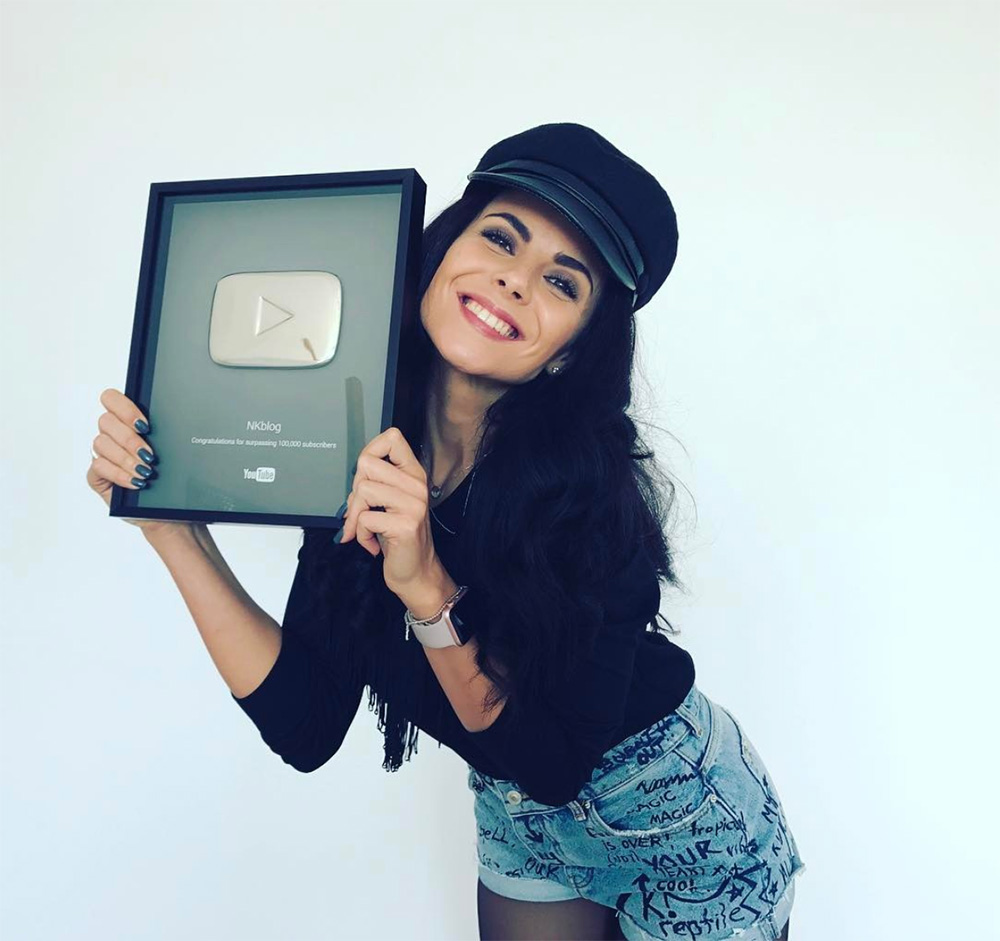 Nastya became the first pop artist to start a video blog on Youtube. Sincere desire to motivate the modern youth for an active lifestyle and sports helped the singer to gather a large audience of subscribers. Sports achievements, the way to a beautiful shape, advice on healthy nutrition, stardom life secrets and behind-the-scenes stuff of concerts - Nastya sincerely shares all this in NKblog, inspiring viewers to follow her example and achieve their dreams and goals. She is not afraid of showing herself real, herself - in ordinary life, outside the stage and without makeup. Nastya proved that she is not only a talented singer, a bright and memorable artist, a sex symbol of our time, but also a powerful motivator for modern youth.

Nastya’s love for sports, desire to self-improve and inspire her fans to change for the better have turned into a successful project - her own brand of sportswear NKsport. Its main purpose is to motivate girls to work on their body and generate a desire to go in for sports. In NKsport, Nastya managed to combine the quality and functionality of clothing with feminine and sexy design, which further encourages self-improvement. 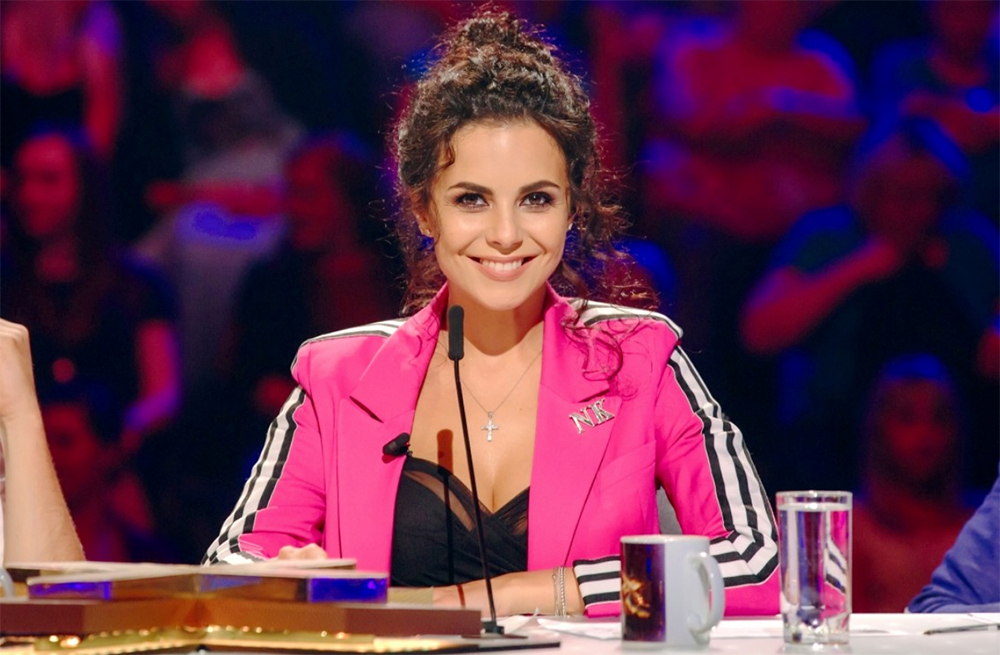 NASTYA Nostalgic For The Present Tour

In 2017, NK took the honorary place of judge and mentor of “The X-Factor” vocal show. The singer with an invaluable experience, who has been the public’s favorite for more than 11 years, the owner of a huge number of awards, the sex symbol and the standard of success, was entrusted with an important mission - to find real talents and point the right direction on the path of creative development.

In 2018, NK started to coach and guide a recently emerged duo ZBSband which became the first band to ever win "The X-factor" in Ukraine within nine years of its existence. 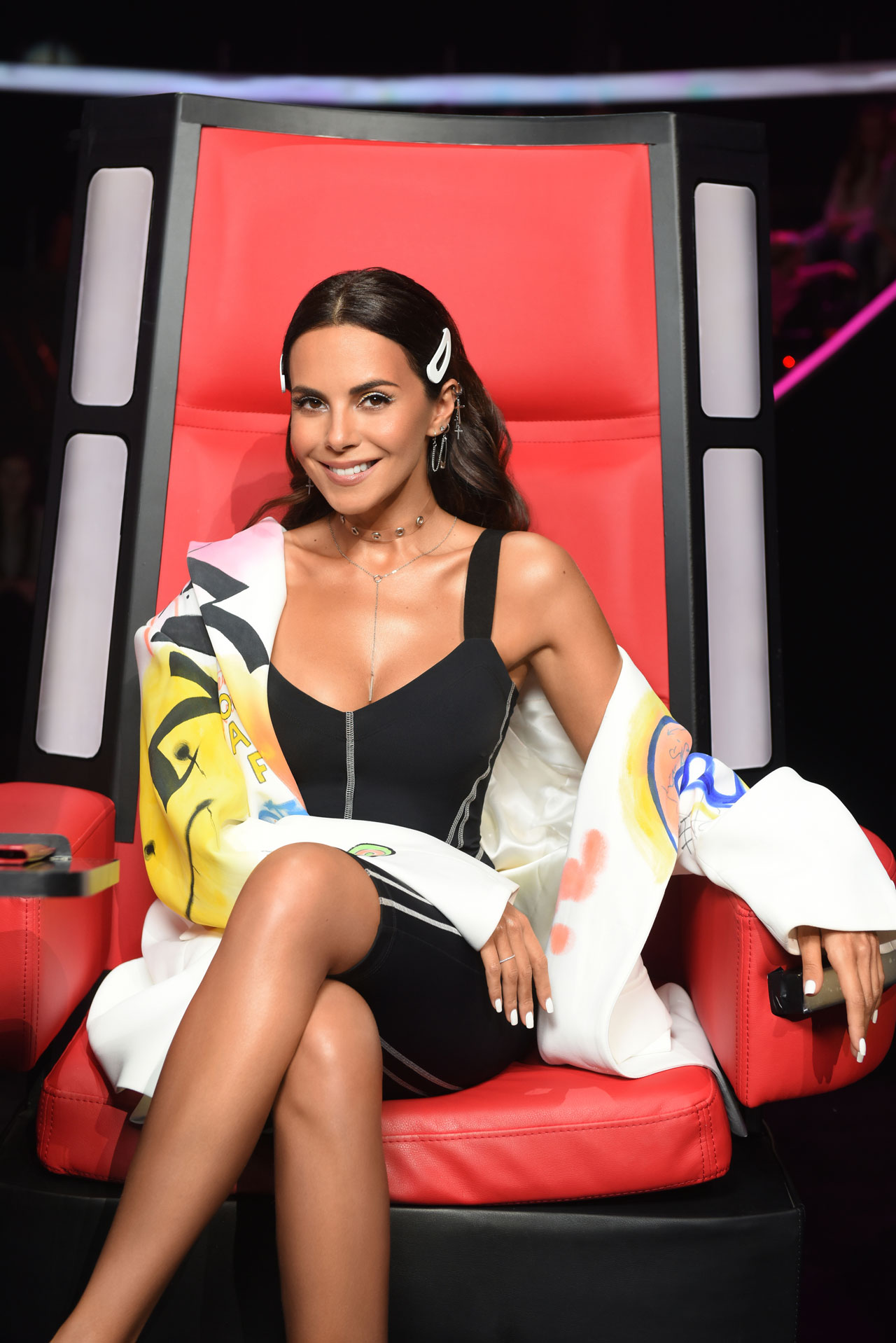 In 2020, NK has featured on the Ukrainian edition of “The Voice” TV show as a talent coach. With her existing experience in coaching new talent, NK joined the project team with an extremely important mission: to help each team member find their voice and realize themselves as an artist. And for the first time in the history of the show, the producers made an exception to the rules specially for the NK and PTP team, and allowed them to form a duo from contestants, as Nastya refused to vote them off the show. (was not ready to let go of any of them.) 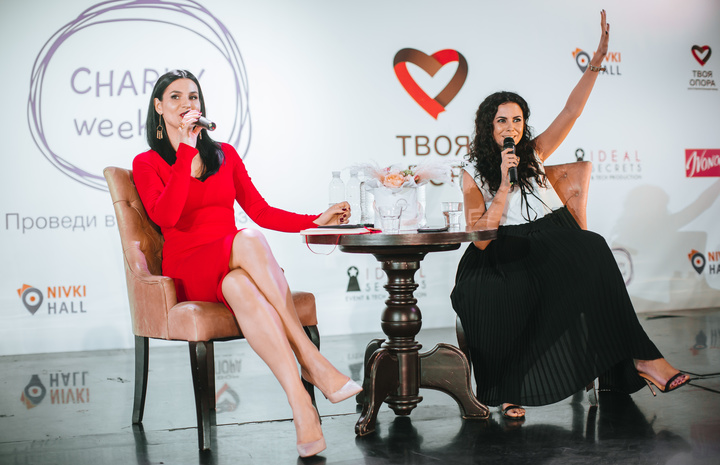 She is a regular participant of a charity program Charity Weekend. She’s involved in public talks, she gives public performances and public sport workshops. All the funds collected there are donated to different hospitals and medical establishments to support purchases of expensive equipment.

NK is also actively cooperating with a charity organization «Giznelub» (ukr. «Lifelovers»). The main goal of the project is to support and take care of senior citizens by collecting funds towards building spots for food and winter clothes giveaways. By the end of 2018 NK was involved in 3 successful campaigns. She also opened 2 spots with food giveaways and together with her fans #NKfamily helped to collected a lot of warm clothes for people during cold winter time.

In addition, NK is involved in various other campaigns. She is highly concerned over increasing AIDS tendency in the world. She invests her time and effort to raise public awareness about the issue while supporting the fight against virus dissemination.